The link is for an article I came across when I was reviewing my own teaching practices, and validated a lot of what I incorporate into my style. In essence, the concept is to show your student enough to learn for themselves, and that’s where the real education happens.

“Learning is not the filling of a pail, but the lighting of a fire.”

A beautifully evil concept, for true power begins when we start to dismantle our metaphorical prisons.

If I were to look back on the number of gains I threw away, I doubt I could stomach the entirety of missed chances.

A lot of new age beliefs tell people that they should give up material possessions, but that is akin to a Pharisee interpreting Christianity: it is a conclusion from a source that does not understand what they saw. For instance, oriental religions such as Buddhism encourage a detachment, but not complete social rejection. The concept of giving up material possession /attachment is founded upon the idea that an overly attached stance is harmful to inner peace.

On that note, you should be dispassionately invested in how you gain resources and who you deal with. Of course, the most important relationship you’ll ever have in life in the one you make with yourself.

Look after your body, your mind, and your spirit. Strive to refine the search for happiness each day as you grow into the ideal self, the you who you know is trying to express itself. That’s an undeniable happiness to be explored daily.

Review yourself after a few weeks of a dedicated plan- are you still on track? Despite all set backs and replanning, are you heading towards your goals? Don’t let the present get you down, it’s meant to be a gift, even if we can’t immediately appreciate it. 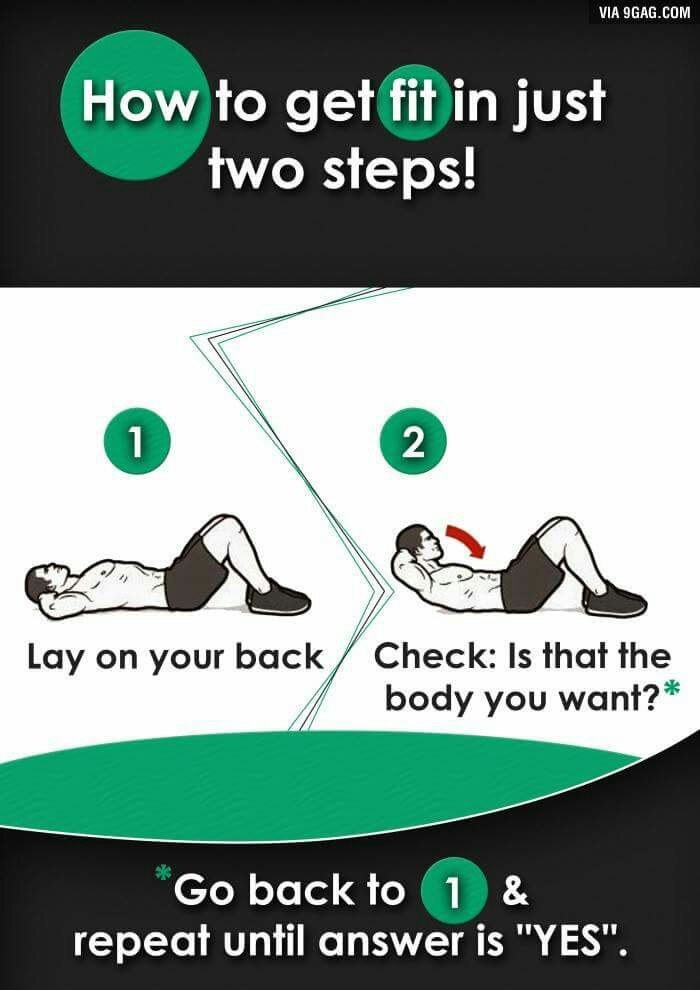 “For evil to succeed, good men need only do nothing.”

In that case, the world is unsurprisingly ripe for evil, as a general apathy and lack of motivation takes root.

The latter half of the 20th century, until the 90’s were so hopeful. New age ideas, a shift in conservative values, and scientific/literary innovations that completely changed how life operated. So where did it all go so wrong?

Begging the question, what does ‘wrong’ mean?

People started to determine their lifestyles and naturally opted for the most ideal (in their minds), with as little suffering or burdens as possible. In doing so, an imbalance of social connection grew, for the nature of understanding is to experience both sides of the emotional spectrum. Only after going through that can we begin to move beyond it, for you can not dry yourself without first getting wet.

An imbalance led to increasingly political correctness as we tried to impose a standard of perfection, not realizing that change occurs over time if it wishes to be long term. In response to aspects that leave us dissatisfied, we seek an immediate address of the symptoms rather than treating the cause. After a while, life becomes a perpetual cycle of focusing on side effects rather than making genuine progress.

We’re born into such an environment, yet the tools we need to succeed are within our grasp. Necessity is the mother of invention, and thirst induces the horse to drink.

Rebalance yourself as you take small steps towards practicing ethical evil, and move beyond the scope of right and wrong, without neglecting them.

And in the end, you lived happily ever after, because you knew that you were always improving. Real death comes to those who stagnate.

I want you to find an answer for each of the categories on the chart, except for the centre, your Ikigai.

That answer should be expressed with action, and proclaimed by your lifestyle. 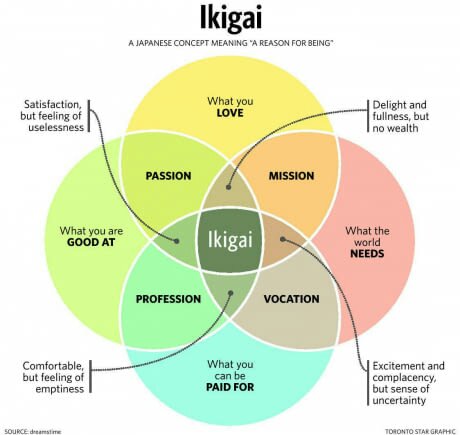 Ethical Evil, also known as Affable evil, is the idea that evil is inherently present in the modern world, but it doesn’t make you evil, just weak. It is the premise that you don’t have to be a saint, just strive to make any form of useful impact on the world by being a more fulfilled person. The guidelines seek a middle ground of your capacity for nobility as well as your practical, human impulses. As with many ideologies, keeping life simple is key, so the list below is specifically tailored for the average person*.

That’s it people, everything you need to live life better is in the 6 points above.

The term Ethical Evil is used as many of these do not advocate sanctimonious ideas of martyrdom, or deliberately being exploited by the unethically evil. Go and improve yourself, your lives, and your society by doing what fundamentally makes sense- better materials result in a better building, so get the best materials possible to build your lifestyle. The aim to get better, with time, so don’t be too risky, play it safe, and if you do have vices you’re trying to kick, do it sensibly. If it’s alcohol/nicotine, limit the amount. If it’s gambling, have a maximum amount you take, and always quit while you’re ahead. If you enjoy really kinky sex then talk about exploring that with a willing partner, and watch as your quality of life improves with a new found intimacy.

*If you are interested in the comprehensive philosophy, which also includes concepts such as Unethical Good, feel free to get in touch.

The greatest trick the Devil ever played on mankind was convincing us that he doesn’t exist.

Why is this a bad thing?

Seriously, what does this malevolent, supernatural force do that humans don’t already do to themselves?

Originally we assumed that the rules were pretty straightforward: follow the directions of a higher power in order to avoid divine punishment, either in this life or the next. Yet how does this differ from being a slave, specifically to doctrine? If we were given the gift of free will, it also means that the conditions we live in are ones in which we exercise that free will. Including the ability to not do anything significant with our lives, living without any real autonomy.

That… is the true evil today.

Not some external force whispering corruption and sapping us of our potential, just the internal vices that many conveniently blame on imaginary antagonists. Because deep down, we know it’s easier to be a victim. You’re weak. I don’t need to prove it, your lifestyle has done it for you.

Do you know what’s another form of evil?

Not being able to move on from that truth, and letting it become your reality. It’s hard to deny simple facts, and you’re not everything you hoped to be. But if you aren’t satisfied, the world wants to see how high you can climb, how far you can go, and how much you choose to change yourself for the better. Whether you do it passively over time, or actively seek to change your fortune, that’s always been something you were responsible for.

What is evil today? It’s a lack of Self Cultivation, and a failure to take personal responsibility as you squander daily opportunities.

If you want to live, truly live, you’re going to encounter evil, it’s an intrinsic part of the word*. No single person can change that aspect of the world.

So I propose the practice of ethical evil, and in the process we might even, inadvertently, make the world a better place. This blog will explore how you can do that.

The Devil/God, may actually exist, but they grew wiser over time: they knew they could offer us nothing more than the idea of their existence. Humans are the ones who started religion, and also the ones who moved beyond it.

There’s no perfection, just You as you are, and You as you will be tomorrow, the next year, and so forth. Make sure that when you become your future self, it’s a better version, the best you’ve allow yourself to be.

Welcome to Ethical Evil, a way to live life if you just want to live better.

Thanks for joining me! 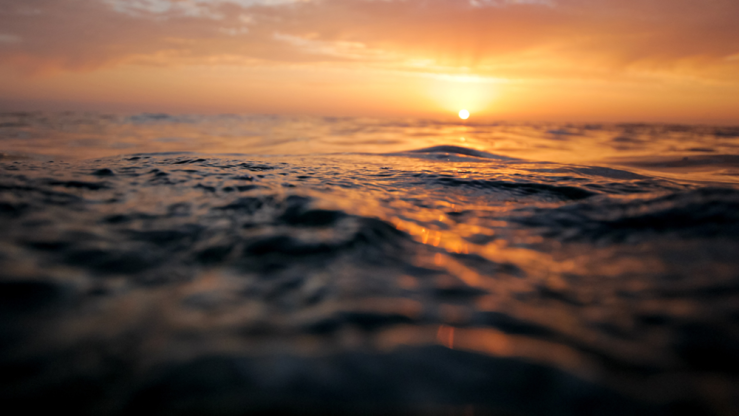